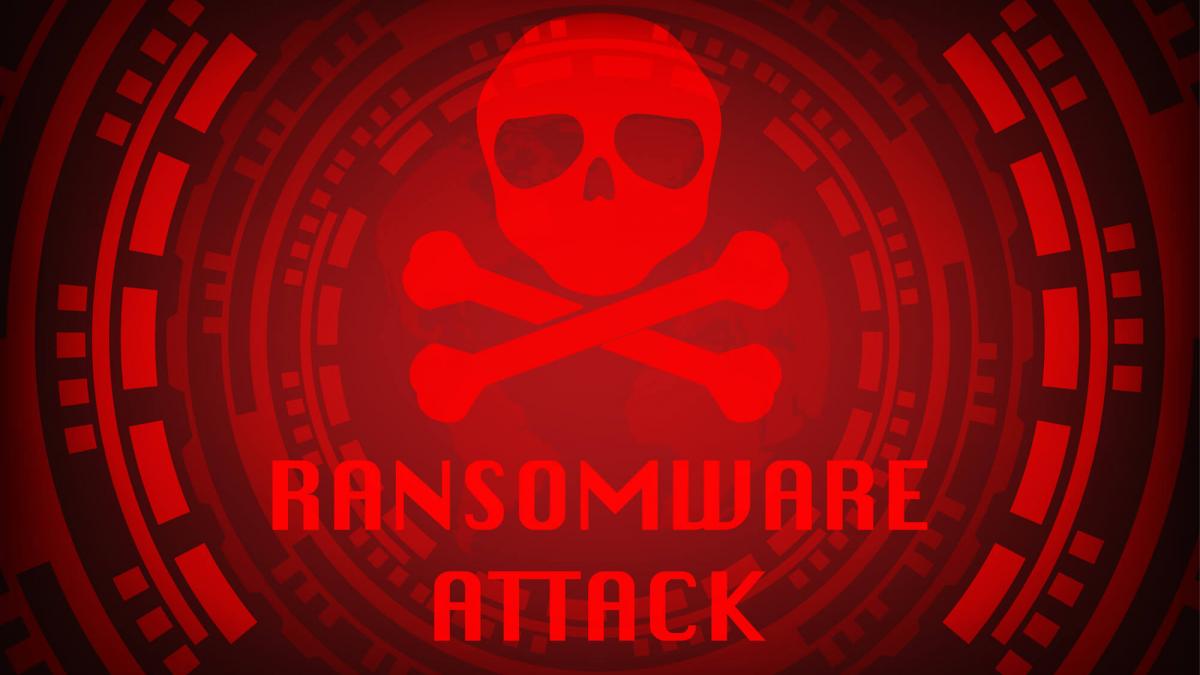 Knowing how a ransomware attack happens can be very handy in this technological era. If you are a business owner and are not familiar with terms such as "ransomware," you are in danger.

During a ransomware attack, the hacker usually gets access to the system’s device and locks and encrypts the files. Once the virus is in, it will spread like wildfire. The hacker will demand a payment to unlock the encrypted and locked files. People often fall victim to such attacks by opening fake emails or links from unknown sources that the attacker actually sends.

You can always opt for good cyber security services or hire a better cybersecurity provider. But if you are familiar with such attacks yourself, it’ll be beneficial for you. Keep reading this guide to learn the most common ways a ransomware attack can happen. Let’s dive in.

This guide has discussed the most common ways a ransomware attack can occur. Let’s go through them one by one. We have also discussed the possible solutions for them.

As discussed above, the leading cause of ransomware attacks is phishing emails. So, what is phishing? What can you do to avoid being a victim? Here’s the definition of a phishing attack:

A phishing scam is a forgery (copied) email or message that looks to be from a legitimate and reliable source. These forged emails or texts are intended to damage and compromise all of your personal information. It's a type of social engineering scam in which a cybercriminal convinces a victim to provide personal information.

Phishing Attack: How it Works

Phishing assaults begin when a target gets a phishing email or other kind of contact intended to entice them in. Such emails appear to be genuine, leading the consumer to provide their personal information. By clicking on malicious links, a virus might be downloaded onto the victim's device.

The initial step for hackers is to choose a target group. Then they send out emails and SMS messages that appear to be legitimate but contain malicious links and files. They have the ability to entice and fool their victims into participating in a dangerous activity that they are unfamiliar with.

Phishers exploit a variety of emotions to persuade users to open files or click on links, including fear, curiosity, haste, and greed. Phishing attacks are meant to appear to come from well-known companies or individuals. Cybercriminals are constantly innovating and improving their skills. It just takes one successful phishing attempt to compromise your network and steal your data.

How to Protect Yourself from Phishing Attacks

The first thing that you should do to avoid a ransomware attack through phishing is to train your employees on a daily basis. Your employees should be well-aware enough to differentiate suspicious emails from legitimate ones. The cyber-security training sessions should be a part of your company’s structure.

Keep an eye on your online activities on a regular basis and keep your browser updated at all times. Email attachments from unknown senders should not be opened and pop-up windows should be avoided. Email should never be used to send personal information, and you should avoid social and emotional entanglements at all costs.

We have our complete guide on phishing attacks. You’ll learn everything you need to know. The types of phishing attacks and how to avoid them. Visit the whole guide here.

Attacks through RDP (Remote Desktop Protocol) are very common. It poses a major threat to businesses of all sizes these days. Especially for those companies that have a remote work structure. Because that’s where the RDP is mostly used. So, let’s learn about what RDP is?

The Remote Desktop Protocol is one of the cool features built into the Windows operating system. It allows the users to control another system from another location. So, everything about this system attracts attackers. It’ll be quite easy for them to find loopholes inside and they’ll use this to find their way into your systems.

These facts suggest that the careless use of the remote desktop protocol can put your entire business at stake. A cybercriminal can easily launch a ransomware attack and encrypt your files. Your whole network could be compromised, and finding a way back could cost you a lot.

RDP is Not Secure: Reasons

MFA has been disabled on numerous servers running RDP that are freely accessible to the internet. This implies that an attacker may quickly get access to a user's workstation through RDP. After compromising a user account by revealing a weak or repeated password through a brute force attack.

The attacker will very be able to get complete access to an organization's exposed network after this initial intrusion. These sorts of accounts are controlled at the domain level by a centralized system. So, the same credentials are used across all services, and that’s a party invitation for the attacker.

Remote Desktop Protocols are usually misconfigured for the following reasons. The first time, a corporation puts up its network. The access port is unsuccessfully secured by inexperienced IT personnel. Outsourced IT services maintain this port open for remote monitoring and support for businesses. No two-factor authentication.

Here’s how you can disable this built-in feature in Windows.

To understand this particular way an attacker uses to get into your systems, we need to understand the meaning of exploit kits first. What is it? What are the aspects of it? How is it related to a cybercriminal?

What are Exploit Kits?

An exploit kit, sometimes known as an exploit pack, is a toolkit used by hackers. They use it to exploit system vulnerabilities in order to transmit malware or carry out other nefarious actions. EKs are collections of vulnerabilities for used softwares. Like Java, and Microsoft.

A typical exploit kit includes a management interface and a number of vulnerabilities aimed at various apps. These are a number of add-on functionalities that let a cybercriminal launch an attack.

To help you understand every bit of it, we have put together all the stages and working of the exploit kits. How are they used by the attackers? Understanding this will assist your company in avoiding a ransomware attack from afar.

When a victim accesses a hacked website, the first step of an exploit kit assault begins. Popular, legitimate websites, such as blogs, news sites, and social networking sites, are targeted. BBC, Yahoo, MSN, AOL, MySpace, Forbes, and the New York Times are just a few examples of high-traffic sites. They have all been hijacked by exploit kit attackers in the past.

The methods used by attackers differ. Some attackers target CMS (content management system) plugins or the CMS itself for exploits. Others, such as domain shadowing companies, take advantage of weak login passwords. Cross-site scripting, SQL injection, and FTP compromise are also used by some. Malvertising, on the other hand, is perhaps the most prevalent strategy.

Attackers target ad networks in a malvertising operation. This enables them to access a wide range of legitimate (and frequently high-traffic) websites. They don't even have to compromise the websites themselves.

Step 2: Redirecting the Victim to the Exploit Kit’s Landing Page

The victim's browser will be routed to the exploit kit's landing page after visiting a compromised site. It could also be the one that delivers malvertising-infected advertising. This redirection is accomplished via some hidden code inserted by the attacker inside the genuine website. This could be an HTML iframe, or 302 cushioning.

The profiling process begins as soon as the victim is sent to the landing page. The information on the victim's browser and its plugins is collected here. The exploit kit will be interested in the types of vulnerabilities found in the web browser or its plugins. Because each browser or plugin version has been linked to a list of known vulnerabilities, knowing the version numbers is enough.

The EK will know which exploits to provide after the version numbers (and the related vulnerabilities) have been found. The landing page is usually solely used for profiling. The exploits and payloads are normally kept on their own servers. In fact, these two elements (exploits and payloads) are frequently separated.

The exploits are the first thing supplied to the victim's browser. These exploits will, as you have already learned, take advantage of previously known flaws. The exploit kit then delivers the last blow if the exploit or exploits are effective.

An EK may contain a variety of malicious code that exploits browser security flaws and unpatched Windows programs. If the exploit is based on an application, the user may be requested to download a file that contains the harmful code.

The exploit kit delivers the payload it was set for at this point. As previously mentioned, the payload might be ransomware, a keylogger, a banking trojan, or virtually any other sort of malware.

The ransomware spreads over the company network when the malicious code is run on the victim's PC. After the ransomware encrypts all the files on a network, a ransom notice appears on the desktop. It shows instructions for paying the ransom in bitcoin.

Why are Exploit Kit Attacks So Successful?

The harmful payloads are frequently delivered without the user needing to click or download anything. This is the key reason why these exploit kits are so successful. All the victim has to do is visit a hacked website, and the payload will be downloaded in the background automatically.

Another reason these kits are successful is that many users do not patch their software. Patches usually contain security fixes that address identified flaws. As a result, until individuals fix, the vulnerabilities will persist.

Some exploit kits have even been discovered to target vulnerabilities that have been known for years. There will be a thriving EK market until we have a better method for managing updates. We need to eliminate the motivation to launch these assaults.

How do I Avoid Being a Victim of Exploit Kits?

Due to the speed with which EKs may use new flaws and their developing tactics, no one mitigation is likely to avoid their impact. A defense in depth strategy is required, with capabilities for prevention, detection, and recovery. Infections are unavoidable in the workplace, thus procedures must be in place to deal with them.

Ransomware, in all of its forms and variations, is a serious danger to both individuals and businesses. This emphasizes the need of being active and ready for it from before. Learning about ransomware, being extremely aware of how you use gadgets, and the finest protection software are all vital. Make sure you make all your employees get the most of this Cybersecurity guide.

How Much Does Data Recovery Cost? Find Out Everything Here