What is a Phishing Attack? Everything You Need to Know 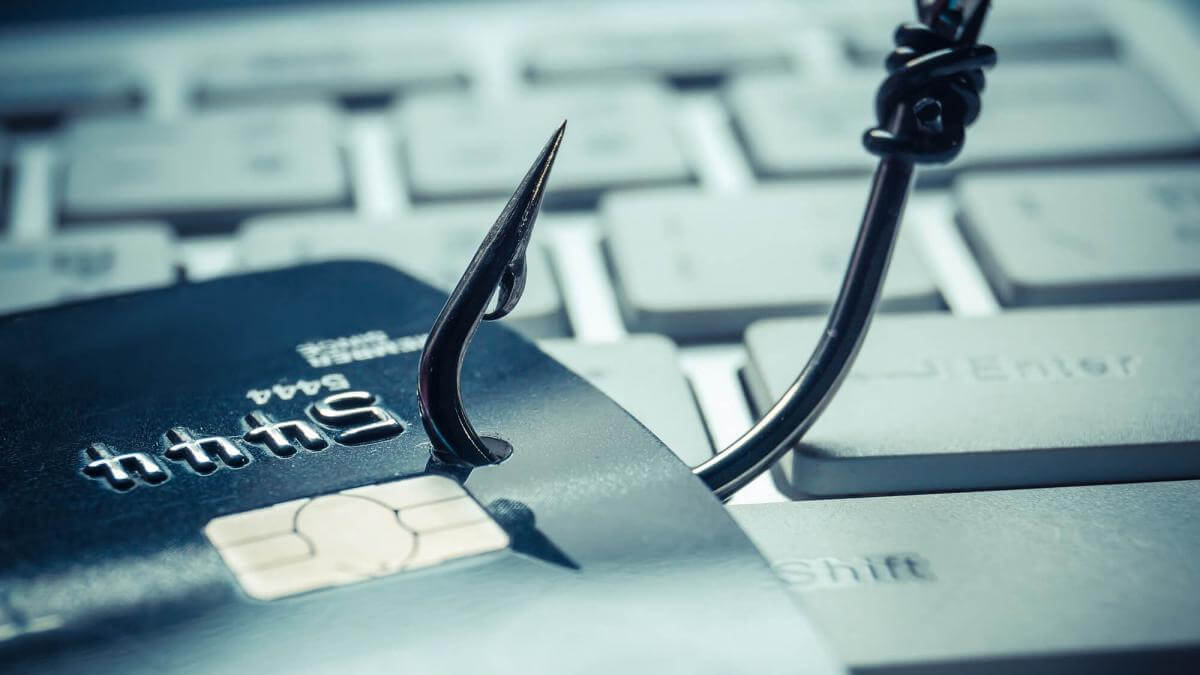 There’s no doubt that technical security measures are getting better each day. But a phishing attack is still one of the easiest and cheapest ways for a criminal to access personal information. Most people endanger themselves and their company’s security simply by clicking a link. Let’s learn everything about phishing attacks.

So what exactly is a phishing attack? A phishing attack is a counterfeit (copied) email or message that appears to come from an authentic and trustworthy source. Such fake emails or messages are designed to corrupt and compromise all your personal data. It is a social engineering attack in which a cybercriminal tricks the victim into giving his/her personal information.

We have put together this complete guide explaining everything that you need to know to understand the phishing attack. How does it work? How to work your way around it? Let’s dive into this and learn all about it.

How Does Phishing Attack Work?

Phishing attacks start when a victim receives a fraudulent email or he or she comes across other communication designed to lure them. Such phishing emails appear to look authentic and it fools the user into providing personal information. Sometimes a virus is downloaded onto the victim’s device by clicking malicious links.

The first step for cybercriminals is to select a group of people they wish to attack. Then they generate email and SMS messages that look to be authentic but contain harmful links, attachments. This type of cybercrime can lure and deceive their targets into doing a risky action they are unfamiliar with. In summary:

The 2 Types of Phishing Attacks

Most phishing attacks are of two basic methods. The victims can either get malicious attachments or links that direct to malicious sites. These attachments and links look pretty real and authentic and mostly the users are tricked into opening them.

Why do the victims end up opening the malicious attachments? It’s because such attachments feature a very enticing name. For instance, they can be named as ‘INVOICE’. They will look very real but once they are opened, they’ll install malware on the machine of the user.

In phishing attacks, malicious websites are usually the copy of the authentic ones. It’s a trick by a cybercriminal to get the victim to input his/her credential onto a login page. Such credential-harvesting scripts are found on these malicious websites.

The 5 Most Popular Phishing Techniques

There are five popular techniques used by cybercriminals to execute a phishing attack.

This technique is all just a numbers game. A cyber-criminal sends out a general email to thousands of users. In this technique, if only some of them fall prey to the scam, a hacker can net a significant amount of money. A hacker would use all his resources to mimic the actual emails.

Same logos, signatures, phrasing, and typefaces are the things that trick the victim into believing that this is authentic. The attacker will lure the users by generating a sense of urgency. For instance, he could send an email showing a false account expiration message.   The solution to that will involve giving out the credentials.

This is the type of pressure that makes the user more prone to error and to be less diligent. That’s why it is important to be familiar with every detail of your organization. For instance, a hacker could make a similar fake website with a link that resembles the original link. But, there will be some differences and you have to be super conscience about that.

Spear phishing is a bit customized version of phishing attacks. A hacker goes through extensive research on his specific targets before he sends them an email. For instance, if a user never had a Netflix subscription, then sending him/her an email about it would be pointless.

This technique involves a more in-depth version of phishing. It requires extensive knowledge about the enterprise or an organization. Following are some of the steps that a cyber-criminal would play out.

Whale phishing, also known as whaling, is a type of spear phishing that targets the big fish, such as CEOs and other high-value targets. In this type of phishing attack, the targets are company board members who are thought to be vulnerable.

It means that they have a lot of power within a company. As they aren't full-time employees, they use personal email addresses for business-related tasks. Such emails lack the security that corporate email provides.

Gathering enough knowledge to deceive a very high-value target might take a long time, but it can pay off handsomely. In 2008, hackers sent emails to company CEOs claiming to have FBI subpoenas attached. In reality, they installed keyloggers on the CEOs' computers, and the hackers had a 10% success rate, netting over 2,000 victims.

Smishing is a cyber attack that is carried out over text messaging or a short message service (SMS). Delivering a message to a mobile phone through SMS that contains a clickable link is a frequent smishing tactic.

But you can easily avoid such messages, for instance, your bank would never reach you from a local number. The message contains irregularities and some subtle mistakes can easily be noticed.

Vishing serves the same aim as other phishing schemes. Your sensitive personal or corporate information is still being sought by the attackers. A voice call is used to carry out this attack. As a result, the name has a "v" instead of a "ph" in it. Count.

A call from someone pretending to be a Microsoft official is a frequent vishing attack. This individual notifies you that a virus has been identified on your computer. An attacker will ask for your credit card information. So that the attacker can update your anti-virus software on your computer.

Your credit card information is now in the hands of the attacker, and you have most likely placed malware on your computer. It's possible that the virus contains anything from a banking Trojan to a bot. The banking Trojan monitors your internet behavior to get further information about you. Most commonly your bank account information, including your password.

How to Prevent Phishing Attacks

The daily increase in phishing attacks gives rise to taking precautionary steps by the users and the enterprises to avoid these. When it comes to users, vigilance is the key. Despite a spoofed email looking very authentic, there are still some subtle mistakes and differences in the domain name. The users should also think about why they are receiving such emails.

When it comes to enterprises, they can take many steps to avoid phishing attacks. For instance, they should integrate a verification layer called two-factor authentication. Such authentication measures rely on two things. Something a user knows, for instance, username and password and something that the user has, such as smartphones.

Even if the users are compromised, their credentials are not enough for a hacker to gain access to sensitive information. Another thing that the employees of the enterprise should do is to change their passwords frequently. Organizations should impose such rules and regulations for safety measures.

Following are a few of the tips that can help you prevent a phishing attack.

What Should an Enterprise Do?

There is no single cybersecurity solution that can protect against all phishing assaults. To decrease the number of phishing attacks and their effect when they do happen, your firm should adopt a tiered security approach. Employee awareness training is part of this multilayered strategy.

Employees are usually the final line of defense when an assault gets past your security. Learn how to account for phishing attempts, how to spot them, and what to do if you suspect you've been the victim of a phishing scam. If you have a Cybersecurity Provider, they should have a plan for educating your employees about phishing and other scams.

What Should a User Do?

You can analyze hypertext links in any email client, which is one of the greatest methods to spot a phishing attack. The destination URL will appear in a hover pop-up window near the hyperlink while checking for hyperlinks. Make sure the destination URL link matches the one in the email.

Additionally, be wary about clicking on URLs that include unusual characters or are truncated. When using a mobile device, hover your cursor over the hyperlink to see the destination URL. The URL will appear in a little pop-up window as a result. When hovering over the anchor text on a web page, the destination URL will appear in the bottom-left corner of the browser window.

What Should You Do when you Recieve a Phishing Email?

If you receive a strange email, the first thing you should do is not open it. Instead, report the email as phishing to your employer or organization. Above all, you should never presume a colleague has already disclosed a phishing attempt.

The sooner your company's IT and security staff are alerted, the sooner they can prevent it from causing serious damage to your network.

If you discover that you have engaged with a phishing attempt and have given out any internal information, report the incident. You risk putting your data and your organization in danger if you don't disclose a phishing attack right away.

Now that you have learned the different types of phishing attacks, how they work, and what should you do to avoid them, it’s time to implement this knowledge. In this era, having technical knowledge is quite necessary. Otherwise, cybercriminals can get the best of you. Stay up-to-date with the tech and its trends.

How Much Does Data Recovery Cost? Find Out Everything Here